Don’t be ridiculous! As if I would put soppy things about our marriage on here! No no no, this blog is reserved for penguins, history and other Falklands oddities. Today marks FOUR YEARS since we began keeping Pengoing South!

These 127 posts (not including this one) have resulted in 72,796 words receiving 4,557 visitors from The UK, Ireland, Laos, United States, Australia, Falkland Islands, Italy, Canada, France, Denmark, Hong Kong, Argentina, Sweden, Chile, South Africa, Vietnam, Brazil, India, Croatia, Germany, United Arab Emirates, Brunei, Spain, New Zealand, Portugal, Saudi Arabia, South Korea, Singapore, Belgium, Jersey, Kuwait, Philippines, Russia, Switzerland, Norway, Netherlands, St Helena, Austria, Serbia, Turkey, Poland, Malaysia, Thailand, China, Cayman Islands, Greece, Romania, Bahrain, Peru, Costa Rica, Cyprus, Czech Republic, Mexico, Pakistan, Zambia, Georgia, Malawi, Indonesia, Isle of Man, Finland, Japan, Uruguay, Slovenia, Bahamas, Colombia, Ecuador, Hungary, Bangladesh, Paraguay, Malta, Maldives, Honduras, Qatar, Montenegro, Belarus, Albania, Haiti, Barbados, Slovakia, Cuba, Tunisia, Vanuatu, Armenia and Ukraine all looking at the blog a surreal 26,380 times. It’s a little bit mad, that. We know it’s not huge numbers in the grand scheme of the interweb (some blogs receive millions of views a day) but we only began this to keep our friends and family up to date on what we get up to and the Falklands is a pretty niche topic, after all! We wonder what percentage of the World even know the islands exist? Now it’s being seen by people all over the World; some we know, some we don’t. Hello to you, whoever you are! Thanks for logging on. Don’t forget that you can sign up for updates by email using the box on the right. All this for free. You’re welcome.

I guess the Photo Highlights page gives a sample of what we’ve been doing and seeing in that 4 years, but how on earth we summarise these past four years I do not know. Even now, in the middle of Winter, there’s always more going on. And that’s if the scenery and weather aren’t enough to please you: 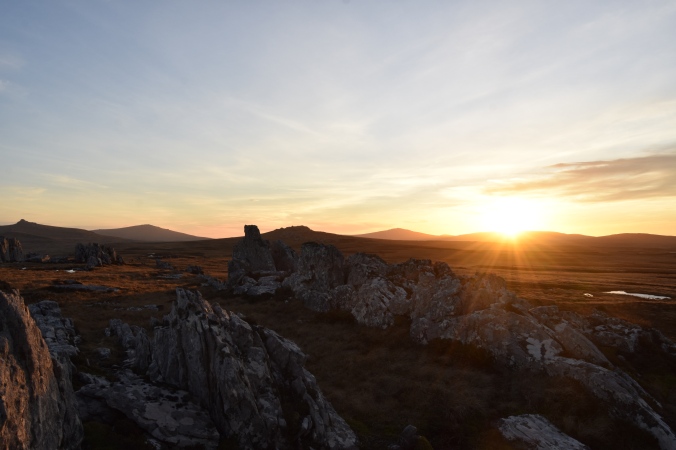 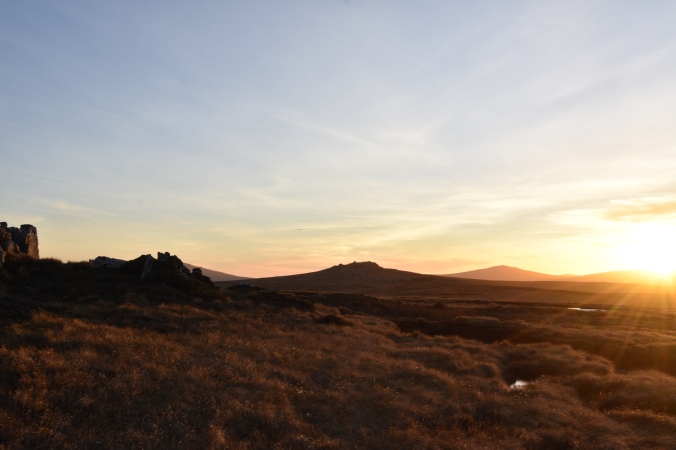 The Winter makes things feel a little different, inevitably. The wildlife really drops as seasonal migration takes place but there’s still things to see, as you’ll have read before. The casual conversations and attitudes you come across make the Winter feel far more accepted and embraced here, rather than feared or worried about: 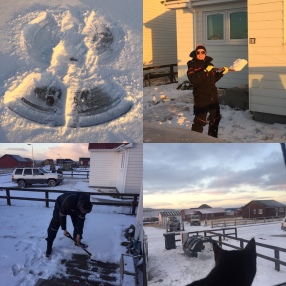 Mid-Winter’s Day, for example, sees people go for a charity swim. Our friends couldn’t make the public swim so held their own private one. Han’s pregnancy made her thankfully reluctant to take part but we were there to will them on:

Yes, that is a penguin onesie. It’s a long story 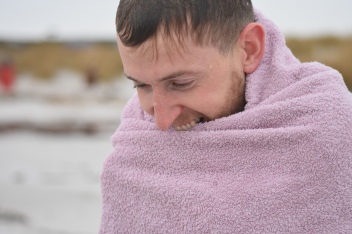 Does he look cold?

The dark nights also provide a twist on typical events, so there are highlights like the unexpectedly brilliant Museum at Night event, which I decided to capture with some long exposure shots and a little help from some of the school children that I know:

The pattern here is that, much as Winter can be dark and bleak, it’s also a fun time of the year to experience some of the things that even the people who visit for many weeks or months in Summer don’t get to see.
Four years has flown by and, while we have seen many changes taking place here, there is something reassuring and attractive about the simplicity and stability of life in the Falklands, hence our extended stay. We have few worries here; Brexit, for example, is a worry but doesn’t really make the news each week (which is lucky, as it seems we haven’t actually missed any real updates since the referendum so it’s feeling a little like all that reporting every day has been for nothing).
There ARE changes going on in town, mind: Stanley now has a cinema!!! 54 deluxe seats now mean that we can visit a cinema without a 45 minute drive down the gravel MPA road to have to return in the dark!

We’re very excited at having something else to do of an evening and it’s proving popular already. They’re even importing BrewDog beer to the bar so this particular ale fan is pleased about the 21st century luxuries making their way to these remote corners (other ales are available).
I don’t know why I’m bothering writing all this, though. I know all you REALLY want to know is how Milo is doing. We’ve visited him and had reports from others who have been out to see him (including a Parachute Regiment patrol, who wanted to adopt him as a mascot). He’s doing extremely well, he’s looking good, enjoying the company he’s getting and he’s following his new carers around like a dog so perhaps some things don’t change after all: