We’ve had a busy few weeks lately and are well behind on the blog, especially given the arrival of my Mum, brother and sister for their first visit to the Islands. We’ve been hopping about quite a bit lately for a number of reasons so expect a backlog of updates on various trips we’ve been taking. Thinking about it now, it might seem that most, if not all, of our updates are based outside of Stanley but I guess the truth is that Stanley is less novel than Camp. One day, perhaps, we’ll include a ‘highlights of Stanley’, of which there are many! Particularly at the moment with 2 King Penguins hanging out at the Lady Liz as captured by Han the other day:

In the meantime, there’s a few recommended trips we’ve been on lately. Firstly, a few weeks back we nipped out of Stanley (well, about 2 hours’ drive) for the day to spend some time in the settlement at San Carlos with White Grass Ceramics. This unusual location for a paint-your-own pottery cafe is remote, but that’s part of the charm! As well as being a stunning place to spend time outdoors, it holds the small and somber British military cemetery. We enjoyed spending time in San Carlos and creating some interesting pieces to remember our trip there, but the cemetery obviously doesn’t make for a happy visit. Still, it helps to remind visitors of the price of being able to visit the Islands today.

The British cemetery, most known for the resting place of Colonel H Jones VC among others

My goblet, before glaze

Just a few days later (Tuesday 5th, if you’re that interested), we were told of a few spaces on a ‘Kidney Trip’. These leave the (infamously protracted building project of the) public jetty in the evenings and run out to a small, government-owned, tussac-covered, rodent-free island in Berkeley Sound. We’ve been a few times before but it’s always a pleasure when the weather’s on your side (as it was this time, though our last 2 trips have been called off). You travel out of Stanley by launch, land by small inflatable on the beach on one side of the island, before making your way through tussac grass taller than yourself to the other side of the island to visit the Rockhopper penguin colony (and, this time, a ROCKARONI; a Macaroni and Rockhopper hybrid, we think!). You then circle back to the main beach for sunset, to watch the c160,000 Sooty Shearwaters return at dusk to their burrows by crashing into the tussac. All this time, of course, you travel with the added bonus/risk of stumbling into sea lions (as happens frequently) in the tussac ahead (which, of course, you can’t see through due to its height). Good fun with those of a nervous disposition! 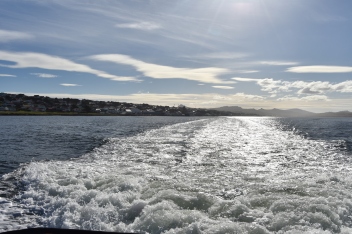 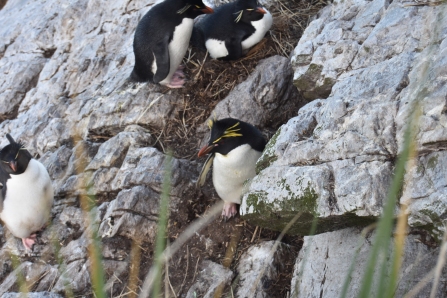 Han in a clearing, before heading back into the mix

Mind out for sealions in tussac

Han braving it, standing on the tussac to have shearwaters swoop by her head – magical and intimidation! 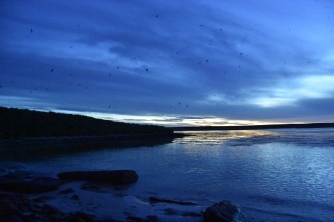 As if one island wasn’t enough, we had lined up a little treat for ourselves for the Battle Day weekend. Battle Day is a long weekend here in the Falklands (as covered in this previous post). We’ve taken part in the commemorations for the past two years and we’ve needed a break, so we booked to get out to the ominously-named Carcass Island for the weekend. We’d been trying to get to Carcass for a while as it’s one of the few tourist islands we’ve not hit yet and we’d heard a lot of good things, in particular about the hospitality and weight-gain one ends up with from a few days spent there. From Carcass, you can also add an extra onto your trip by taking the boat (£100 each) to West Point Island. We weren’t disappointed with either Carcass or West Point, where the hospitality, scenery, weather and, of course, wildlife were all stunning and we hope to return to both one day. As always, the journey was part of the adventure: 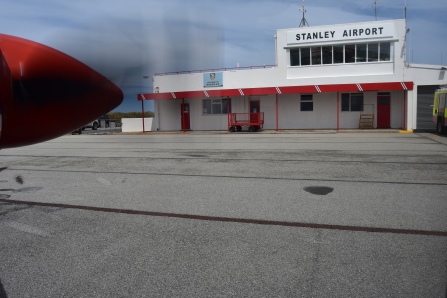 Carcass was far from disappointing after the joy of the FIGAS flight over, however as it offered all of the usual attractions of the outer islands:

Johnny Rooks/Caracaras are everywhere on Carcass! 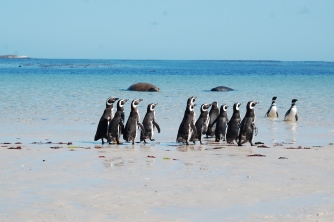 The elephant seals and magellanics

Another stunning beach on Carcass

The day-trip to West Point Island is an unusual one, with a boat crossing (possibly with only you on it) before a short walk across the island accesses the stunning black-browed albatross colony at the ‘Devil’s Nose’ promontory. The oddity of it all, of course, is having the albatross land next to you with little regard to your presence. One person with our party had their lunch interrupted by an albatross brushing past them to take off, showing just how little they are affected by people visiting and how happy they are to barge you out of the way when you aren’t expecting it. 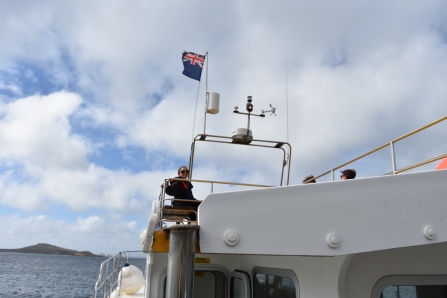 Han sunning it up on the boat

The boat trip had its attractions, Commersons dolphins followed us in

The settlement at West Point 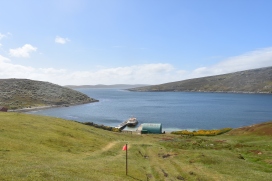 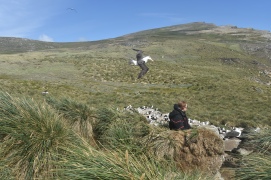 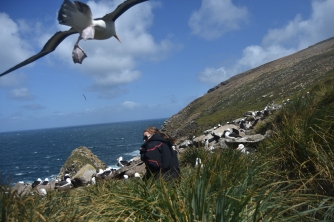 DUCK! No, it’s an albatross… 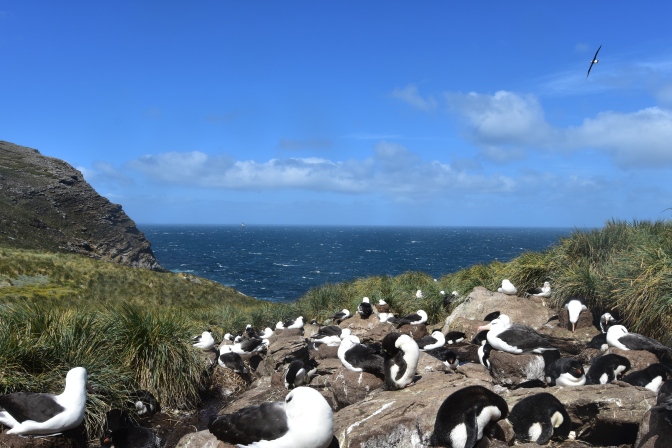 We won’t forget the sound or feeling of these sizeable beings descending over us any time soon, which I guess isn’t something too many people get to experience. As always, I guess we need to remind ourselves that this is fortunate.

Stay tuned for Island Hopping Part II where we FINALLY ticked off an adventure two years in the making!