As many of you know by now, I wrote my undergrad dissertation on the role of British Special Forces in the Falklands conflict. As a result, one destination I’d been keen to get to during our time here was Pebble Island. The site of the first land action of the Falklands conflict, the Pebble Island Raid has been cemented into SAS folk-lore. The Raid was almost fictional in its accomplishment. Kayaking from the nearest island (the elusive Keppel Island, a story for another day with its derelict Christian Mission), the teams covered the occupying Argentine forces in the settlement before quite literally running down the airstrip from plane to plane planting explosives on the 11 aircraft present. They succeeded in wiping out one third of the enemy air capability on the Islands in the space of approximately thirty minutes before withdrawing from the Island without any British dead (officially, at least: we found out that the son of one of those involved in the raid informed the owners of the Island that this wasn’t the case but Special Forces operations are clouded in such myths so perhaps we’ll never know).

Anyway, the Falklands has a traditional long weekend at the start of October as the Public Holiday of Peat Cutting Monday gives everyone some time to play with. I’m told that Peat Cutting Monday actually falls a little too early to cut peat on the banks as was traditionally needed to heat homes before 1982, but you’ll hear no complaints from anyone here about that! We took the weekend to tick off our third Island getaway (Bleaker and Sea Lion being our first two). The trip started well: the semi-charter flight over was delayed and somewhat cloudy, so our pilot kindly flew the Islander aircraft at what seemed to be 150ft the entire way. Landing on the airstrip we were greeted and shown to the unexpectedly clean-cut self-catering –  I mean this place was NICE for the UK, how on earth it ended up on a tiny island in the South Atlantic is beyond us!

The modern historian in me focussed on the fact that the Island holds a memorial to HMS Coventry (hit by Exocet 11 miles North of the memorial) as well as the debris that results of the Island’s aerial involvement in the conflict:

19 men died aboard HMS Coventry, 11 miles North of this spot

Wreckage along the coast, one of many

However, we found ourselves getting absorbed by the remains of the original settlement – it was a powerful open-air museum to a disappearing way of life for the shrinking settlements of Camp, despite clearly not intending to be so: 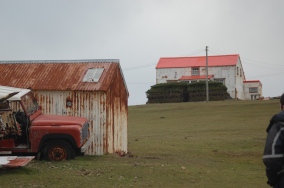 The settlement was an interesting mixture of buildings

The old stables were stunning

This saddle had been hanging around a while 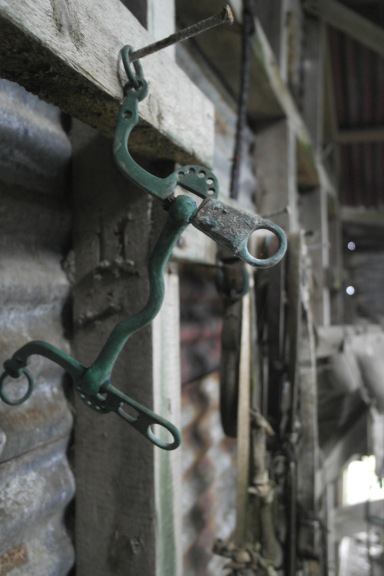 This had been there a bit too long 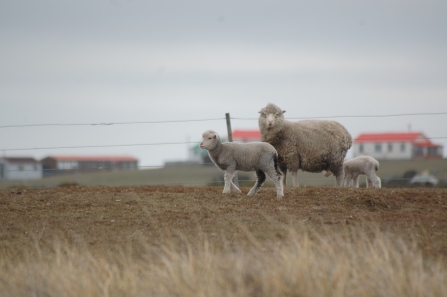 I loved this place

The older part of the settlement 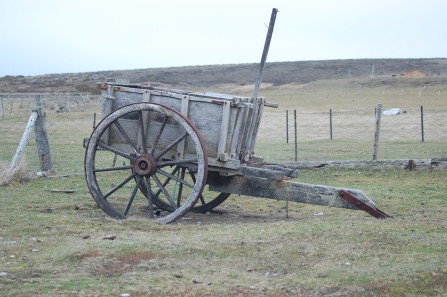 There old jetty, once the source of everything arriving on the Island

And then, of course, there’s the wildlife that makes every trip here stunningly memorable: 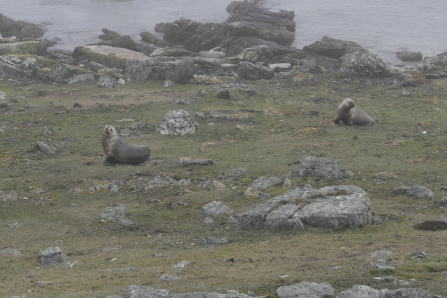 Our second sighting of the Souther fur seal

The mist closed in somewhat…

Horses in the mist

As you can see, we had a slightly interesting time of it as the fog closed in and we relied on our good friends Hugh and Bex to provide the compass to be used in anger, taking a bearing to get us back to our pick-up point: lesson 1 learnt – always take a compass!
Lesson 2 came in the form of expecting the unexpected. The fog had the side-effect of grounding the FIGAS planes and meaning that we ended up spending an extra night on the Island. Fortunately our hosts were extremely understanding and kind, inviting us into their home for dinner as we’d made it a mission to eat all of the food we’d brought with us. We had a great time with them and left the next day arriving late into work with a valid excuse and a good story to tell. Including East and West Falkland and our Kidney Island day trip, that makes 6 Islands down. Roughly 742 to go…I don’t like our odds!