The Falklands Islands are British. That’s a statement that might require discussion in a historical context another time but the wishes of the population have been made clear by the Referendum that took place in 2013 (92% turnout with a 99.8% vote for remaining British). The patriotism here was something that took me back at first and has been the subject of many conversations but the numerous Union flags, car stickers and all-round Britishness is hard to miss. It should have come as no surprise that 8000 miles from the UK there was a small celebration here for the Queen’s 90th Birthday. The Royal Marines Band Collingwood have flown down and were part of the celebrations, with the Victory Guns on the seafront seeing a rare use and the Queen’s Colours replacing the Governor’s in a short ceremony. The Tornado fly-past and the Armed Forces parade rounded off the well-wishing to Her Majesty and later on a beacon was lit as part of the chain being lit in the UK. 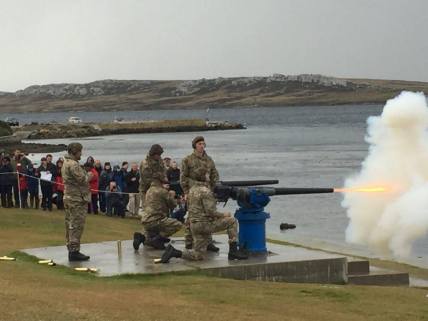 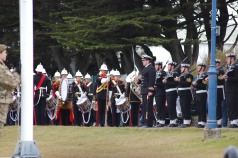 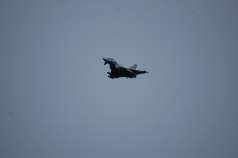 We missed the beacon lighting, however, as the school holidays provided an opportunity to get away. We headed out to Camp once more before Winter hits proper. First we took off North to Race Point Farm at Port San Carlos. The West Island and the East Island are distinct in their character but Race Point is held up as a taste of the hilly, slightly greener West but over on the East. We found the place to be peaceful, remote and beautiful like much of Camp. I’d forgotten that Fanning Head on Race Point Farm was the site of a pre-landing Special Forces action in 1982 so it made sense that we found the hills around to be littered with old mortar stations and ammo crates. One hill-top sangar had the old 1982 graffiti and cammo-netting in tact. Our lovely hosts and cottage left us fairly relaxed and with sunsets like you’ll see below, you can understand why. 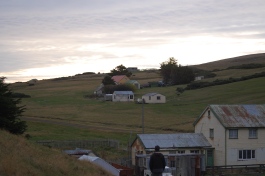 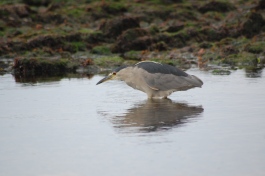 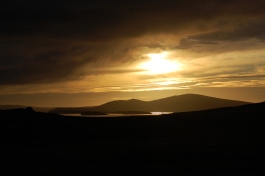 Sunset views from our accommodation 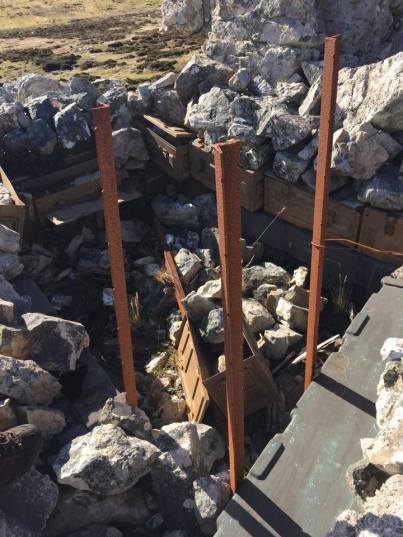 This sangar came with a view

View from the sangar

Han on the rocks above the settlement 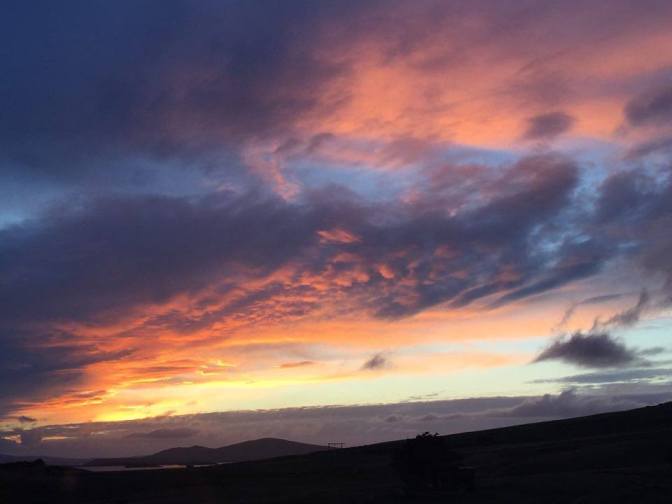 After such a relaxing time we decided to pop across the North Coast to Elephant Beach Farm and see Ben, the landowner for some more testing days. We’ve met Ben before and he’s been extremely courteous so we wanted to go back. We’ve even heard that a film has been made about him by a local TV crew (yes, there’s a local TV crew – FITV). Ben has some gentoo penguins along his stunning coastline so we wanted to take the track from the house to the coast and along the length of it. His land was considerably wetter than last time we visited so it was a real test of both the car’s and my off-roading abilities. It is inevitable that you’ll end up getting your car bogged off-roading here at some point and it seems this was my (first) turn. Unfortunately there were several ditch crossings to be made and one presented a difficult approach so the car came off the boards it was balanced on and we didn’t have the traction in the smaller car to tow it out of the small ditch it was stuck in. One embarrassed phone call from a hill-top later and it was Ben to the rescue with his beast of a Toyota, a small length of chain and more faith than we’d have put in the strength of the tow-bars. On the plus side, we got to the coast both that day and the next.

The Gentoos still around, moulting

The dry part of the track

Our convoy, parked up 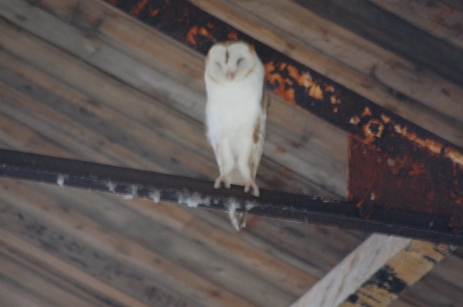 Half of Ben’s barn owl collection, living up to their name 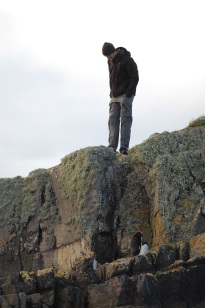 Some Rockhoppers waiting to moult

While we were out, Han filmed some of the drive from the house at Elephant Beach Farm to the coast so you can get an idea of a typical Falklands track in Winter as well as my inability to think of things to say whilst trying to manage driving. I’m not good at this:

One thought on “Home and Away”